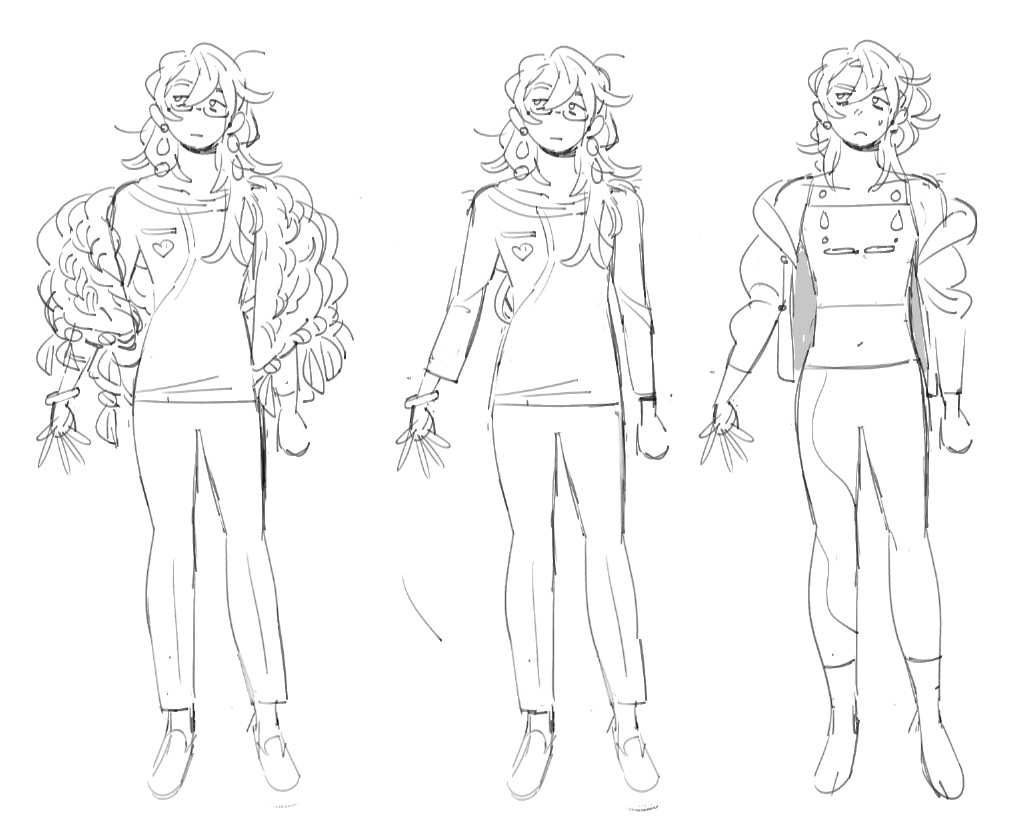 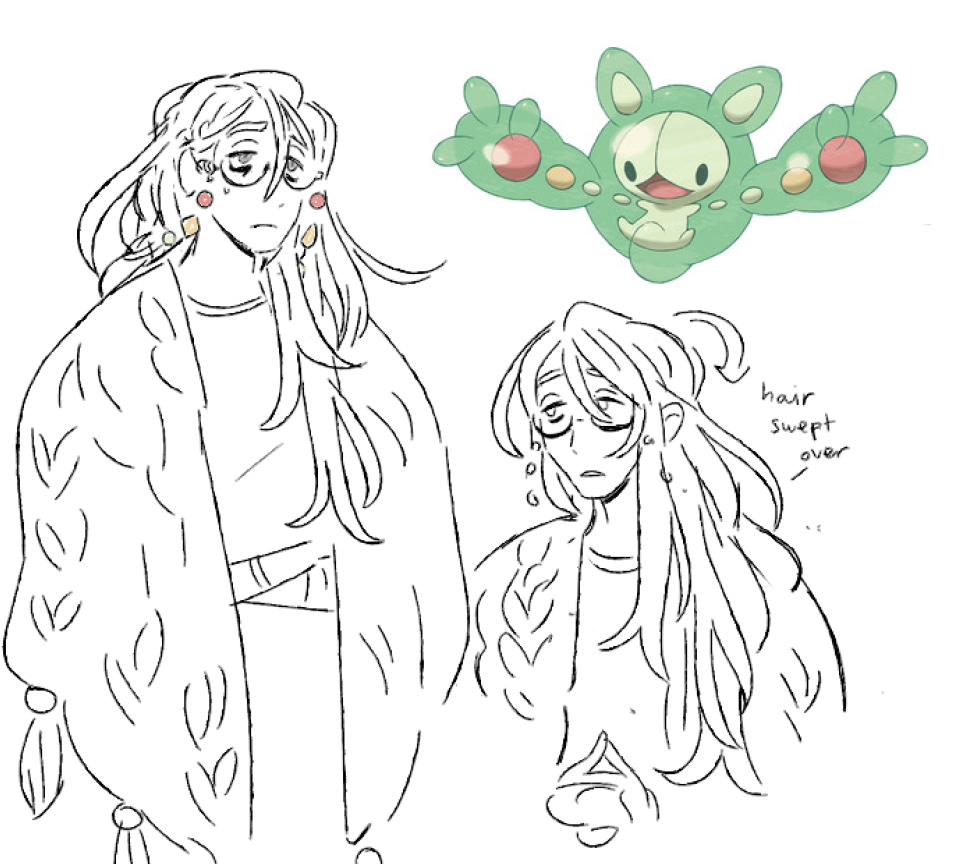 
Quartz's company-assigned bodyguard. Their relationship is a bit... tense. Although Quartz is technically his superior, he finds Dolly too intimidating to boss around for the most part... Still, he tolerates an uncharacteristic amount of familiarity and physical contact from Dolly, and seems reluctant to use his powers on him. Even if they occasionally needle Dolly into arguments, it seems Dolly is the only person Quartz really tries to be nice to.

An administrator of a psychic-type villain team that masquerades itself as a lifestyle/wellness company. His public persona is that of a harmless (& at times helpless) sweet hypnotherapist who uses his abilities to strengthen the bonds between trainers and their pokemon. In reality, Quartz is manipulative and calculating, and very much aware of the bad deeds he contributes to.

Quartz has had strong psychic abilities since he was a child, and as an admin, uses his powers to brainwash and mind-control. His psychic abilities leave him exhausted and prone to fainting spells, however, so he very rarely leaves his team's facility.

He also has the ability of precognitive visions, but he considers this more of a burden-- his visions of the future are too vague to be of any use generally, and he has no control over when they come to him. 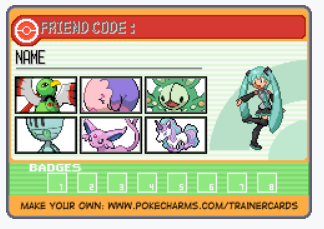